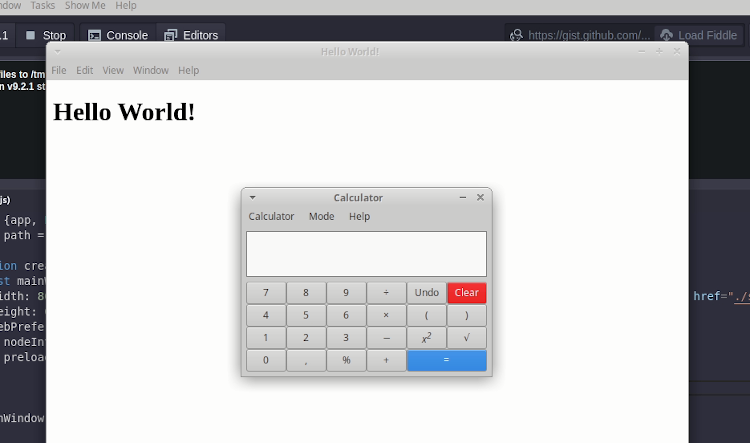 The dangers of Electron's shell.openExternal()—many paths to remote code execution

For my bachelor’s thesis, I looked into the security of Electron apps. One possible attack vector that kept coming up was the insecure use of the shell.openExternal() function, which is commonly used to open websites in the user’s browser instead of in-app. Both the official security recommendations by the Electron developers and Doyensec’s Electron security checklist explicitly warn not to pass untrusted input to this function, explaining that an attacker might otherwise be able to execute arbitrary commands on the user’s computer.
But how would the attacker actually do that? Apart from an answer on the Information Security Stack Exchange with some partly outdated details, there didn’t seem to be any information available.

So, I had to dig in myself. I found that shell.openExternal() can absolutely be used to execute arbitrary code on all major systems (Windows, macOS and Linux). But the actual attack vectors that are available vary depending on the system. This post will provide an overview of what I found. The attacks presented here are by no means exhaustive—there are definitely others. Just because your app protects against the attacks I list, doesn’t mean you are safe. I will include a section at the end of the post on how to safely use shell.openExternal().

What is this all about?

So far, so good. From my experience, this is the only functionality that most apps need. The problem is that shell.openExternal() can do a lot more. In fact, it will happily open URLs for any protocol (see this section on why that is).

The first potentially ‘problematic’ protocol that comes to mind is the file: protocol and that is actually the one that is usually discussed. What if we were to pass file://c:/windows/system32/calc.exe or file:/System/Applications/Calculator.app? As you might guess, this would indeed open the calculator on Windows or macOS, respectively. However, this isn’t too interesting in and of itself. As we can only specify the path to the executable but not pass any arguments, the chance of executing a living off the land attack are slim. Thus, the attacker would likely have needed to drop a malicious executable beforehand. Don’t get me wrong: This is already a problem but the actual impact is far greater as we will see.

We don’t have to limit ourselves to local files already on the user’s computer, though. Operating systems typically also include support for accessing files on remote file servers. Maybe we can use those to more easily execute arbitrary code? Why yes, yes we can! As I hinted at earlier, the particular attacks depend on the operating system in use, so I will go through the major ones.

Windows most notably supports the SMB/CIFS protocol. We can access files on a remote SMB server using URLs of the form \\server\share\path\to\file (which just maps back to a file: URL). For testing, we can conveniently use Microsoft’s Sysinternals Live service which hosts all kinds of (harmless) programs on a publicly available SMB server.

So, let’s try calling the following:

And indeed, this will open the Process Monitor program, even though it was never present on the user’s disk. Do note however, that a “Security Warning” mentioning the full path is displayed before the program is actually executed. Abusing security fatigue, i.e. users being tired of constant security prompts and simply accepting them without further consideration, the attacker could use a specifically crafted host and file name to convince the user to click “Run” there.

While macOS also supports SMB (as well as AFP and NFS), trying to open a URL like smb://attacker.tld/public/exploit.app with shell.openExternal() will merely open Finder with the program selected in recent versions (tested with Catalina). If however, the attacker could somehow convince the user to mount the share themselves, the file would now also be available through file:/Volumes/public/exploit.app where it can actually be executed.

Further, macOS previously had an automount feature that would make any NFS export available via file:/net/attacker.tld/path/to/export. While this feature has been disabled in Catalina, it continues to work on machines that have not been upgraded yet.

On Linux, the situation is more complex. The xdg-open program, which is used internally by shell.openExternal() (see this section), will usually delegate to the desktop environment’s own “open” function, like gio open for Gnome. These functions usually don’t handle opening executables and will instead either refuse to open them or display them in some other application like a hex editor, if installed.

It is however possible to circumvent this limitation in some cases. On Xubuntu 20.04 running the XFCE desktop, .desktop files can be executed using xdg-open. Those files can execute arbitrary commands as this simple example shows:

The handling of remote locations also differs between distributions and desktop environments. While Ubuntu 20.04 with Gnome refuses to open Samba shares that have not been mounted yet, Xubuntu 20.04 will instead gladly open files from there, including .desktop files (albeit sometimes with a warning about an “Untrusted application launcher”).

Take your pick of a protocol

In addition, even if file: and similar URLs are filtered out, the attacker can make use of the myriad of other URI scheme handlers registered on modern systems. Vulnerabilities in those protocol handlers occur from time to time (in programs like Electron, Microsoft Edge, Ubisoft’s Uplay, or Origin) and sometimes even the intended behaviour of those handlers can also be abused.

I will give three examples for Windows here but there are definitely more of them out there and similar vectors likely also exist for other systems.

If you want to research this topic further, it is useful to know how URLs are actually opened by shell.openExternal(). Unsurprisingly, this also differs by the operating system:

All these cases are essentially the same. They take the provided URL and pass it into the respective operating system’s native method for opening arbitrary URLs, without applying any filtering or similar. It is entirely on the app developer to make sure that only the URLs they deem safe can be passed.

Defending against these attacks

This post has hopefully shown that blocklisting certain protocols or similar approaches are not sufficient to defend against shell.openExternal() attacks. The only viable solution is a strict allowlist that only permits the protocols (or even particular URLs) that are actually intended to be opened.

As I have said earlier, most apps really only want to open websites in the browser or maybe compose messages in the user’s email program. For these use-cases, only http(s): and mailto: need to be allowlisted: